Russia’s Alrosa diamond mining company announced Thursday that the curious "diamond in a diamond" revealed on social media in early September has been added to its collection of rare finds — and is not for sale.

In early September, Alrosa surprised its Instagram followers with a video that seemed to show a tiny rough diamond moving freely in the cavity of a larger one. The caption read, “A diamond in a diamond? We couldn’t help but share this very special find with you.”

At the time, Alrosa wasn’t quite sure what to make of the phenomenon. Nobody at the mining company had ever seen anything like it. Five weeks later, Alrosa scientists confirmed that both the host and smaller crystal were diamonds.

They named the double-diamond “Matryoshka” because its strange configuration is reminiscent of the popular Russian nesting dolls. The specimen, which weighs only 0.62 carats, was discovered in Yakutia at Alrosa's Nyurba mining and processing division.

Matryoshka joins Alrosa's ever-growing collection of diamond wonders. These include crystals that resemble a soccer ball, a Valentine heart, a skull and a fish.

Interestingly, some of Alrosa's most unusually shaped diamonds have come to light at the most opportune times.

For instance, an Alrosa discovery in July of 2018 had us wondering out loud if Mother Nature was a World Cup soccer fan. Just three days prior to the Russian national soccer team’s exciting quarterfinal match against Croatia in the 2018 FIFA World Cup™, Alrosa discovered a diamond that looks amazingly like a soccer ball. 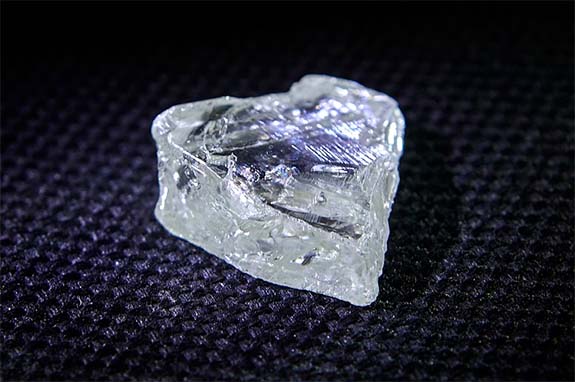 In February of 2019, Alrosa revealed a 65.7-carat rough diamond that had an uncanny resemblance to a Valentine heart.

“Diamonds of a distinctive shape that resemble some object or symbol are extremely rare in nature," Alrosa's deputy CEO Evgeny Agureev said at the time. "Most rough diamonds are octahedron-shaped or do not have a particular shape at all. The appearance of a heart-shaped rough diamond, especially on the eve of Valentine's Day, seems to be a symbolic gift of nature not only to our company, but also to all loving couples.”

Alrosa noted that a 24-carat, skull-shaped stone was unearthed prior to Halloween in 2018. 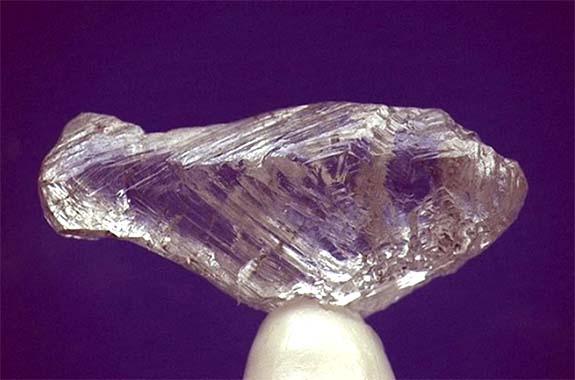 In August of 2019, the company posted to Instagram a photo of a rough stone resembling a fish. It had been discovered back in 2002, and was revisited to help promote the firm's ecology efforts, which include releasing hundreds of thousands of fish into the rivers near its mining operation in Yakutia.